Las Vegas is generally recognized to have begun in 1905 when the Union Pacific Railroad began passing through a desert oasis ..an ideal refueling point and rest stop. Las Vegas is Spanish for 'The Meadows' ..a name it got due to the availability of spring-fed water. In 2005 - 100 years later - Vegas commemorated and celebrated its centennial. Las Vegas loves to party!

It was incorporated as a city in 1911. Eager for employment during the Great Depression of the 1930's, thousands of workers began pouring into the area when Boulder Dam (later renamed Hoover Dam) was being built on the Colorado River.

Nevada was the first state to legalize casino-style gambling. It got its start in 1931 when Clark County (Nevada) issued a three month gaming license to a downtown Las Vegas club. A three mile dusty desert road nicknamed the 'Strip' sprang up south of downtown.

A little known fact is that the famous Las Vegas Strip is really not located in the Las Vegas city limits and actually comes under the jurisdiction of Clark County. One of the earliest strip resorts was the Flamingo Hotel, built by gangsters Benjamin 'Bugsy' Siegel and Meyer Lansky. Built with mob money, the Flamingo opened on New Year's Eve 1946.

In the early days, there was no state speed limit, no sales tax, no waiting period for marriages, no state income tax and gambling was totally unregulated. Gamblers used silver dollars, later to be replaced with silver-dollar-size plastic chips.

By the early 1950's Las Vegas had become a true vacation destination ..the era of Elvis, the Rat Pack and Liberace. (It also was the quickie divorce and marriage capital of the U.S.).

There were about 1,800 hotel rooms on the Strip. The best hotels charged $7.50 a day back then, a motel, $3.00. Times have changed. Year-round rates now range between $50.00 and $300.00 a night ..sometimes more, sometimes less. The average is around $95 a day (center strip) for what is nearly 150,000 total Las Vegas hotel rooms. But one thing has not changed. The average stay in Las Vegas is still 3 or 4 days. Most visitors usually stay for the weekend ..and to a lessor extent: Sunday through Thursday (which is a better value.)

The oldest resort hotels (about fifty years old) still operating under their original name include the Flamingo, Riviera and theTropicana. In 1957, Minskys Follies at the Dunes Resort became the first to debut topless showgirls on the Las Vegas strip. 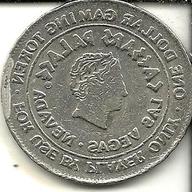 In 1960, the Stardust became the first hotel to present a production show spectacular. It imported the Lido de Paris from France. The Tropicana Hotel bought the American rights to the spectacular Folies Bergere in1959 and the show continued for nearly 50 years. Its last performance was March 28, 2009. When it closed, it was the longest running.show in Las Vegas.

The Las Vegas Convention Center opened in 1959. The objective was to fill empty hotel rooms with conventioneers during the slack tourist months. It now contains 1.5-million-square-feet of exhibit space, one of the largest in the world. More than 5.5 million convention delegates meet in Las Vegas every year.

Caesars Palace opened in 1966 ..followed by several hotel-casinos developed in the 1970's, 80's and 90's. Some of the older hotels (Caesars being an exception), have not kept pace with the quality offered by the newer resorts. So we will be featuring the newer, better hotels on our trip. We will tell you what to do, where to go ..and how to save money.

The Las Vegas strip is always in a state of turmoil ..always building, expanding and remodeling. We manage to see something new every time we go. For one thing, the 'family' vacation theme is now ancient history. Las Vegas is now catering to adults and conventioneers who have money to gamble. Sin City has arrived.

Several older hotels were imploded in the late 1990's to make room for new mega-resorts catering to the big spender. The Dunes became the Bellagio; the Sands became the Venetian, the Hacienda became the Mandalay Bay and the Desert Inn became the new Wynn Las Vegas mega-resort. These 'new direction resorts' are (in my opinion) the best of what Las Vegas has to offer in the way of lodging and amenities.

Their cost is not beyond the reach of the average vacationer if you know the 'system' of how Las Vegas keeps its 150,000-plus rooms constantly occupied. The Vegas World (itself a legend in Las Vegas history) became the Stratosphere in 1996, but it is far from being in the same quality class and its location (on the far North end of the strip) is poor.

The 'new Vegas' - mega-casinos on The strip

Visionary Steve Wynn is credited with building some of the best and most luxurious Las Vegas hotels ..each successive one being better (and more lavish) than the last. He changed Las Vegas' emphasis from that of gambling to being an upscale resort destination.

Wynn started with the Golden Nugget (downtown); sold that and went on to build the Mirage, Treasure Island and the Bellagio hotel-casinos on The Strip.

He ushered in the era of luxury (and hugely expensive) hotels in 1989; all have been a unbelieveably successful. (Trivia: Steve Wynn' was actually born Stephen Alan Weinberg.)

He was the first to bring the unknown Canadian Cirque du Soleil acrobatic troupe to Vegas and Treasure Island. And nearly two decades later, 'Mystere' is still performing there. Today, there are seven Cirque du Soleil shows playing in Las Vegas that regularly sell out and another is looming in the horizon.

MGM Grand Corp. purchased the Mirage, Treasure Island and the Bellagio in 2000. Wynn's next venture was a new 50-story, $2.7 billion project -- built in 2005 on the old Desert Inn property. Called the the 'Wynn Las Vegas' ..it is one of the most luxurious resort-hotels in Las Vegas. Wynn followed it up with Encore Resort next door in 2010. 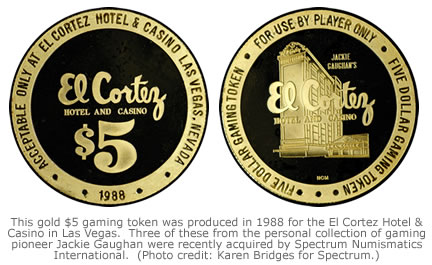 Macau (a former Portuguese colony) along with Hong Kong became two special administrative regions of the Peopes Republic of China in 1997 and 1999. The Portuguese government legalized gambling in Macau in the 1850s and China continued that policy. Steve Wynn opened the 'Wynn Macau' in 2006. There are dozens of casinos in Macau and in 2007, Macau overtook the Las Vegas Strip in gaming revenues.

NEXT PAGE: 1.2 HOW THINGS HAVE CHANGED! LAS VEGAS TODAY..⇨

Last updated: February 8, 2012 at 12:56 pm. Posted by Las Vegas Blog Staff in Caesars Palace, Gaming, Las Vegas Casinos. Comments Off on The Slot Machine That Nearly Made Our Head Explode.

At first glance, it looks like any other slot machine. It’s one of those Red, White and Blue reel slots. We’ve all seen them. Popular machine.

Don't play innocent with us.

The first hint this might not be an ordinary slot machine is the fact is resides in the Caesars Palace high-limit slot area, called the “Palace Court Casino.”

The second hint? The part of the machine that says, “Touch to change credit value.” With $1,000 next to it.

And since no self-respecting slot player would be caught not playing “max bet,” that means it’s $2,000 per spin.

So, if you can’t find this blog later today, that’s where we’ll be. On the $2,000-per-spin Red, White and Blue slot machine at Caesars Palace.

Surrounded by Victoria’s Secret models and Russell Brand and Napoleon Bonaparte and a talking manatee. Because, clearly, anything can happen in Las Vegas.