The sequel to 2K Games' popular first-person action-adventure. Set during the fall of Rapture, players assume the role of a Plasmid test subject for Sinclair Solutions and must use all the tools.

At a certain point in BioShock 2, I figured out what I needed to do to win the video game. I had to hypnotize the enemies so that they would shoot each other and not me. It’s a fun trick to play, but it wound up ruining the game in a lot of ways. It made finishing the game too easy.

Don’t get me wrong. I just finished the game and loved the experience. I rank this game as a 9 out of 10. It is a wonderful combination of horror, nostalgic art style, addictive game play, and an engrossing story. The developers of the sequel brought a fresh eye to the experience of this world that the original creators came up with. I will take the underwater utopia-gone-bad environment of Rapture over any other game’s environment. But the game designers put a little bit too much power in the player’s hands with the hypnotism spell. It was like I had a nuclear weapon and the other side did not; I just had to use it, and nothing could stand in my way. The trouble with this is that the game play and environment of this game are so good, I wanted the experience to last forever. The hypnotism trick thus brings the game to a close a little too swiftly for me.

A simple modification might have fixed this. If some of the enemies were immune to the hypnotism spell, then I would have had a tougher time getting through the final levels of the game. There are creatures, such as the Big Sister, which are immune to hypnotism, but they are beatable. And, of course, I could have played the game on the absolutely hardest level. This is a tiny flaw, but it shows that game designers really have to pay attention to the balance of power in a game. They can’t make it too easy, and they can’t make it too hard. They have to keep you on the edge of your seat.

But even with this sharp criticism of one facet of the game, I have to also acknowledge that BioShock 2 lives up to the original in a big way. When the first BioShock came out in 2007, it was a pleasant surprise. Jaded hardcore gamers were delighted at the creativity of both the game play — where you constantly choose which combinations of special powers (plasmids) and weapons to hit the enemy with — and the crazy twists of the plot that made the story unpredictable and engrossing.

BioShock’s world of Rapture was created by megalomaniac Andrew Ryan as an underwater haven for the intellectuals of the world. Ryan was a believer in the Objectivist theories of Ayn Rand, and he was intent on creating a super race of people through genetic modification. But his vision was tragically flawed. The city itself was like a 1930s throwback, mixed with the Emerald City in the Wizard of Oz. Its design was a mixture of art deco, with the fashions and music of a distant age, and the weird weaponry of DNA experimentation gone awry in an alternate history. In that first game, you hunted down Ryan in search of an explanation of what had gone so bad in his utopia. The enemies, or splicers who had taken too much of a body-altering drug called ADAM, were haunting. You could set them on fire and they screamed in agony. Terrifying enemies and scenes were foreshadowed with the best of horror techniques. The pacing was so good.

Thanks to all of this, Take-Two Interactive’s Irrational Games, teamed with 2K Australia, managed to create a great new franchise in the video game industry. The first game sold more than 3 million copies and got an average 94 out of 100 on Metacritic.com, a review aggregator. The primary creator, Ken Levine, moved on to another secret project.

With BioShock 2, Take-Two Interactive decided to take a kernel of the original team and built a new studio, 2K Marin, to create the game, with help from 2K Australia. The studio labored on the game for more than 2.5 years. They added multiplayer combat, thanks to work from another studio, Digital Extremes. More than 100 people worked on the game, which means that its budget was probably in the tens of millions of dollars. The goal, according to Take-Two chairman Strauss Zelnick, was to create a sequel to the game that sold more than 5 million copies. The game has sold more than 3 million units since its launch on Feb. 10, making it one of the true blockbusters of 2010. I would wager that it will eventually hit Zelnick’s target.

I think the 2K Marin team made some great decisions in crafting the sequel. BioShock 2 takes place in 1968, in an alternate history, about 10 years after the events of the first game. You play a Big Daddy, a powerful creature whose flesh is melded with a huge underwater diving suit. You are a manufactured being. In the first game, the Big Daddy was the toughest enemy you faced, with a drill attached to an arm and a devastating weapon in the other hand.

Now you are the badass Big Daddy. Your name is Subject Delta, and like other Big Daddies, you are paired with a Little Sister, a girl with yellowed out eyes who leads you around. But you are attached to a specific girl, Eleanor Lamb, the daughter of the messianic Sophia Lamb, a cult religious leader who is opposed to Andrew Ryan. Your mission is to find Eleanor and reunite with her. That mission drives you through the splicer-ridden environment of Rapture. And it also brings a wonderful sense of emotion into the game. Eleanor belongs with you, and you will do anything to be reunited with her. Sophia Lamb, meanwhile, has other plans for her daughter, and she is quite emotionally attached to Eleanor as well. The conflict sets up a fierce clash of wills. Which of you, Subject Delta or Sophia Lamb, is really the protector of Eleanor?

When you map this story to the environment — a city that has been torn apart by a vicious civil war — you get a wonderful sense of loss. The graphics of the game are gorgeous. This time, there are more underwater effects where you move through the ocean. The waves and other effects are physically accurate, making you feel like you’re drenched in water.

One of the big differences is that you can essentially dual wield, or do something with your left hand while you’re doing something else with your right hand. This means that you can use a plasmid capability — such as freezing enemies or setting them on fire — at the same time you use a weapon such as a spear gun or rivet gun. This lets you give the enemies a one-two punch, freezing them and blowing them up with a shotgun blast. Each plasmid gives you a power as it did in the first game, but now you can level up. The Incinerate plasmid lets you set someone on fire by pointing at them; the Incinerate 2 power lets you set everyone in the room on fire. Your weapons are also more interesting, from the auto-hack darts to the six-shell shotgun and the rocket-tipped speargun. All of these things make you feel as powerful as a god.

But the enemies are tougher as well. Splicers will shoot machine guns at you, forcing you to seek cover, and toss grenades at you. And not only do you have to take on other Big Daddies to get more ADAM to enhance your own genetic powers, you now have to deal with Big Sisters, who show up if you capture and interact with too many Little Sisters. The Big Sisters are pretty terrifying. They can jump around on the walls and come at your from any direction. You have to prepare to for their coming by laying out traps such as electric shock traps or proximity mines or mini-turrets. And you have to expend a lot of your preciously collected ammo and health to take them out.

The story of the game is engrossing. You learn about the various characters and the storyline as you find audio recordings left behind for you to find throughout the city. As with the first game, you still face a moral choice. Latest no deposit casino bonus codes 2018. When you capture a Little Sister, you must decide whether to “harvest” her for more ADAM, or to let her go free. The consequences of this moral choice will follow you throughout the game. 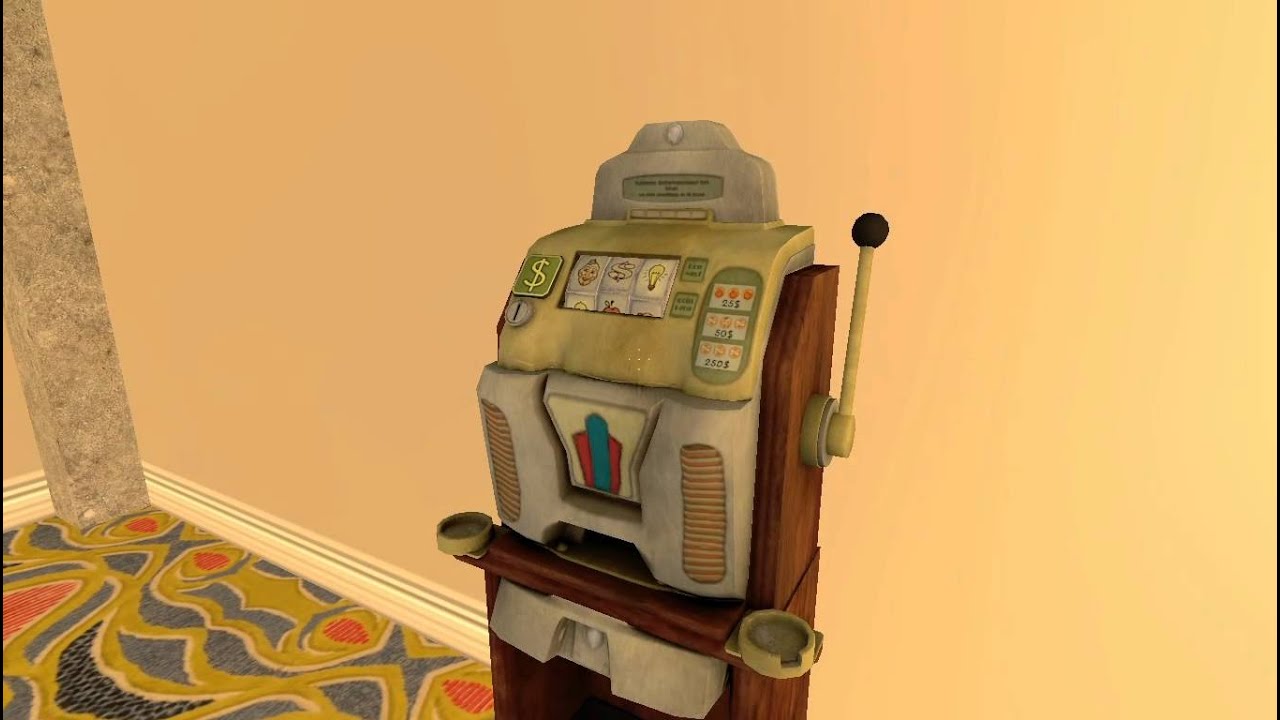 Besides the hypnotism flaw, there were other flaws. The music revs up when you’re in great danger, as when a Big Sister is about to descend on you. That’s enough to throw you into a panic if you haven’t done enough to arm yourself. But there are times of absolute peace when the music blares, trumpeting some unseen danger, when you’re really quite safe.

Some critics have dismissed these flaws and given the game a perfect 100 score. I would simply remind them of the hypnotism power, which like a number of other powers in the game is just too strong. That’s why I believe the lower average Metacritic score of 89 for this game is probably right on the mark. Still, 89 is a spectacular score, considering how cranky game reviewers usually are.

I hope I don’t sound too cranky myself. I put this game in a class alongside other great games such as Mass Effect 2, Uncharted 2: Among Thieves, and Call of Duty Modern Warfare 2. It’s an experience you won’t want to miss. All I can say is that when they make BioShock 3, it better be a long game. And they have to dial down the power of that hypnotism trick. I’ll be there waiting in line to get it, like an addict waiting to get some more ADAM.