When it comes to gambling, people have developed conceptions over theyears as to how and where they can achieve better odds of winning.Some say it’s the games you play. Others say it’s the casino in whichyou play them. I (and everyone else with a higher education ingaming) say it’s both. But if there’s a specific game you want toplay, location is everything!

I’m talking specifically about slot machines. Everyone knowsthese aren’t the best paying games overall. If you want the highestpossible RTP, you have to play blackjack or video poker with aperfect strategy. That takes time and mental energy that some playerssimply aren’t willing to expend.

According to Nevada Gaming Control Board reporting, slots downtown held 7.64% of wagers made compared to a less player-friendly 8.12% on the Strip. For example, if a player played $100 worth of spins at a downtown casino the house would expect to take $7.64 on average vs. $8.12 on the Strip.

Slots fans play for the simplicity and entertainment value above allelse. For these players, you won’t convince them there’s a betteroverall game out there. And since choice of game is out of thequestion, location becomes the primary focus. And with that, we’vedrug up statistical data that reveals…

7 – Downtown Vegas in General. Rather than close out this list with another casino recommendation, I want to recommend the Downtown Vegas area over the Strip for its selection of unusual slot machine games in various areas. For example, the biggest slot machine in the world is the SlotZilla zip line. And when I say “big,” I’m being literal. Megabucks may well be the most popular jackpot globally and the first wide-area.

Las Vegas, Nevada is the gambling mecca of the westernhemisphere. When we think of casino hubs, The Vegas Stripis the first place that comes to mind. But it’s not the onlyplace in the Silver State that caters to gamblers. There’s many more– some more famous than others. Downtown Vegas, North Las Vegas,Reno, Carson City, Henderson, Laughlin, Boulder Strip, SilverSprings, the list goes on and on.

When you compare the best paying slots from one area to the next,there are two locations that rank highest, appearing consistently onthe list more than any others, Downtown Vegas andBoulder Strip. And then there’s the two obvious choicesto compare – Las Vegas and the Las Vegas Strip.

If you think Las Vegas and The Strip are the same thing, think again.As far as reports from the state’s gaming regulators are concerned,Las Vegas refers to the casinos that are “off the Strip”.Downtown Vegas is the area North of the Strip, including FreemontStreet. The Boulder Strip isn’t a single location, but rather aseries of 30+ casinos that appear along a long strip of the BoulderHighway, from Downtown Vegas to Henderson and beyond.

Now that you know where they are, let’s compare the average slotmachine RTP (return to player) between these four locations, based onrecent data from the Nevada Gaming Control Board (NGCB). For absoluteaccuracy, we’ll divide the payout ratios by coin denominations (pennyslots, nickel slots, quarter slots, etc).

Best Paying Slots are Off The Strip and Off theGrid

The table above clearly shows that the Las Vegas Strip is, in fact(and as rumored), the worst place to play slot machines. The bestpaying slot machines in Nevada are found on the Boulder Strip, withOff-Strip casinos in Las Vegas coming in a close second.

Not surprisingly, the penny slots are the worst of all. No matterwhere you play them, the best average RTP in the reporting period wasonly 90.88%. The highest average, 96.41%, was found on quarter slotsin off-Strip Las Vegas casinos. But overall, Boulder Strip casinoshad the highest RTP average out of all categories.

On a final note, you’ll find similarly high RTP slot machinesentirely off the grid. The online casino industry is famous forhousing the highest paying slots of all. For the month of May 2019,RoyalVegas Casino recorded an average slots RTP of 96.87%. That’shigher than any of the slot machine RTPs recorded by the NGCB in asimilar time frame.

Best All Round Betting Casino For Canadian Players

Royal Vegas is going overboard in terms of generosity and free money offers this month ! Join this trusted brand and make your safe deposit today.

We may earn money from the companies and products mentioned in this post.

Casinos across Nevada are required to report revenue figures to the Nevada Gaming Control Board to include what percentage of wagers they held as profit on slot games. A nerdy annual tradition of ours is to dig into that real world data from the previous year to help our readers find the loosest slots in Las Vegas.

Unfortunately, the data we have access to isn’t granular enough to tell us how loose or tight slots were at individual casinos. Rather, the reporting will highlight groups of casinos based on where they are located (ie The Strip, Downtown, Boulder, etc). We’ll make sure to point out what casinos reside in zones identified as having looser slots.

As a matter of housekeeping, casino slot “win percentage” is defined as the percentage of the total amountwagered by the player that the casino held as profit. For instance, a 10% casino win percentage means the casino, on average, kept 10 cents of every dollar wagered on slot machines.

Example: A player put $20 into a slot machine and made her money last for a while playing a total of $200 in spins before losing it all. The total amount wagered by the player was $200 and the casino won, or held, $20 resulting in a 10% casino win percentage.

Now that we cleared that up, lets dig into where you can find slots that are more apt to pay out around Las Vegas.

Where you play matters. The graph below details casino slot win percentages by area, which lumps together all slot denominations. You can quickly surmise that casinos in tourist centers hold a larger percentage of slot play as profit.

Since penny slots are the most popular denomination with players, we also broke down where the loosest penny slot machines can be found.

Clearly, there is again a correlation between an area being “touristy” and higher slot hold rates. Downtown and Strip penny slots come in with casino win percentages of 10.94% and 11.59% respectively.

Similar to the data that looked at all slot denominations, penny slots more apt to pay out can be found in the Boulder (9.36% win rate) and North Las Vegas (9.28% win rate) areas.

Although most players aren’t able to tell the difference between a “tight” or a “loose” slot, get away from the Strip if you want to give yourself a slightly better chance of winning.

Casinos that fall into the looser Boulder and North Las Vegas reporting zones are broken down below. Not the most scenic areas, but if winning is more important to you than bright lights, fountains, and celebrity chef restaurants then order up an Uber and make the trip.

5 dollar deposit online casino usa. $5 Minimum Deposit Casino: Any Bonuses?Naturally, in the saturated market of online gambling in the United States, companies often tend to offer unique features and bonuses for their users.

Keep in mind that video poker also figures into these slot statistics. Lower casino win percentages away from the Strip are in part, but not completely, due to better video poker pay tables offered by establishments away from tourist centers. 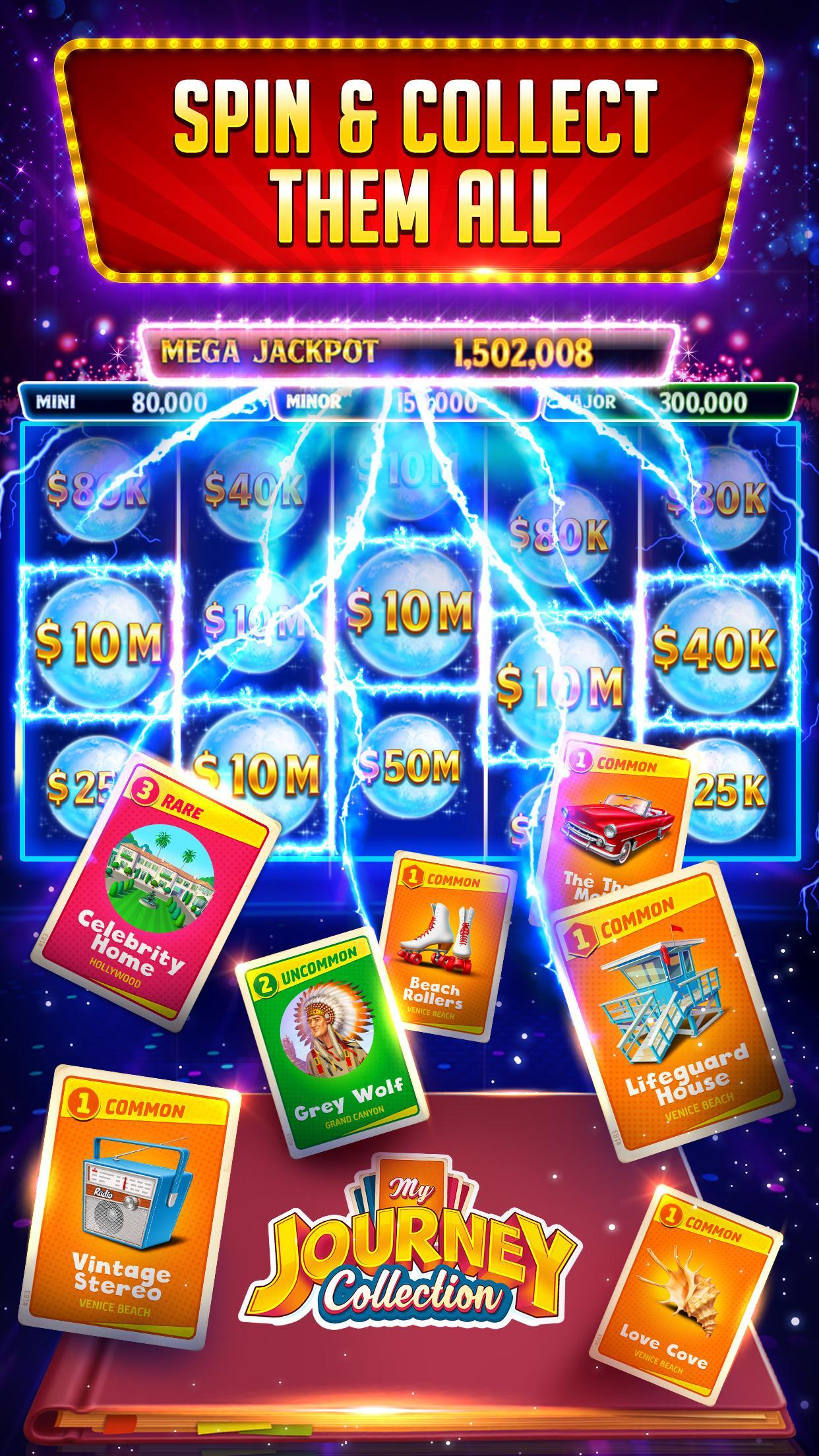 Slot denominations also play a role in finding lose machines which is demonstrated by the statewide data below. In 2019, Megabucks was the tightest variety of slot in Nevada (12.78% win percentage), followed closely by penny slots (9.93% win percentage).

Taking a look at the graph above, there is a clear correlation between denomination and how loose their corresponding slot machines are. Generally speaking, the higher the denomination, the looser the slot.

If you’re a penny slot player that plays 75 cents per spin or more, you would likely give your self a better chance of winning by playing the same bet on a higher denomination machine.

While looking at the numbers is a fun exercise, ultimately, the random number generator could select you as the next big winner anywhere. Good luck, and hopefully our break down of 2019 slot data will help you on your quest in finding the best paying slots in Vegas!

Related:Staying on Fremont Street vs. the Strip – How does it compare?