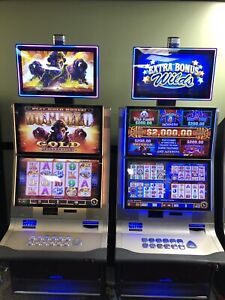 Batman Rogues Gallery is a 5 reel slot machine that was developed by Aristocrat and is available in land based casinos.

The name refers to all of the villains that Batman has faced over the years, which is an extensive list. But this slot machine only focuses on major characters / villains from the 1960s Batman TVseries.

Starring Adam West as Batman and Burt Ward as Robin, the Batman TV show became famous for its camp style, comical acting, and lighthearted approach to the superhero genre.

The show only lasted three seasons before ABC canceled it. NBC was set to resume the series, until finding out that the show’s sets – which cost hundreds of thousands of dollars – had beendestroyed.

Despite its short run, Batman reruns have continued throughout the decades, helping the show remain relevant. Movies series from the 1990s and the 2000s have further enhanced the popularity ofGotham City’s favorite hero.

Is Aristocrat’s slot machine destined to be another memorable piece of Batman history? Or is it just a generic game trying to capitalize on the caped crusader’s image?

Find out as we cover Batman Rogues Gallery’s cabinet, symbols, graphics, animations, bonuses, and comparisons to other Batman slots.